Free For All Nurses Expand your skills with “Care of the Acutely Ill Pediatric Patient Respiratory Bundle”
Read the results of our latest national nurse work environments study, and see why Healthy Work Environments matter in this critical time.
Get Prepared for Certified Nurses Day! Take advantage of free resources and browse recognition ideas
Blog Everyone Has a Role in Suicide Prevention

Everyone Has a Role in Suicide Prevention

Andy was the baby whose smile lit up his whole face.

Andy was the baby whose smile lit up his whole face. He loved to be held, and as he grew and his personality emerged, his smile became infectious. Andy had big emotions and was always looking out for everyone else. At daycare, Andy became a leader, always helping the younger kids, and in elementary school, he wanted to help the kids who needed it the most.

After his parents divorced, his life became a little harder to navigate. The help he offered to classmates often ended up with Andy in difficult situations that led him to the teacher's desk or the principal's office. Andy was confused; it seemed whatever he did to help or try to fit in backfired. As he got older, fighting with his brother seemed to happen more and more often. Andy felt angry, confused and hurt. The one thing that seemed to help was basketball. Andy loved to play and was on several teams over the years. When he made the freshman team in high school, he felt amazing. But as the games became increasingly competitive, Andy found it hard to keep his emotions in control on the court.

He felt like no one else seemed to struggle with life the same way he did. The first time Andy thought about dying was in 3rd grade. The thoughts were fleeting and sounded like, "I don't want to be here anymore" and "I want to go to sleep and not wake up." As high school neared, thoughts of death persisted with "No one will miss me" and "I want to die." Andy felt alone, like he was the only one who had these thoughts and feelings. He wasn't sure who he could trust to talk about it.

One day after a tough basketball game that left Andy tearful and unable to calm his breathing, a player from the junior varsity team, Steve, approached him. Steve talked to Andy about the game and asked about the emotions Andy was showing. Steve was in a club at school that teaches teens about the warning signs of suicide and how to reach out and help others. Steve pointed out not only behaviors he noticed during the game but also things he noticed at school. Steve asked Andy directly, "Are you thinking about suicide?" Andy felt a sense of relief that someone had noticed him and asked. When Steve opened the conversation, Andy felt he could share what was going on with him. Steve listened and then helped Andy get connected to people who could help. Andy didn't feel so alone anymore.

Unfortunately, many young people (as well as people of all other ages) do not always recognize a trusted person in their life who they could reach out to for help. And, in their pain, they turn to suicide to make the pain end. We can change that. We, family, friends, colleagues, school staff, neighbors, coaches and the community can learn how to help.

Isolation is a leading risk factor for suicide. The past couple of years have increased the isolation for many due to virtual learning, telework and restriction from group activities. And, like Andy, people can feel isolated even when others are around. We have seen increases in mental health distress. We do not yet have data that definitively shows an increase in suicide during the pandemic. Although every suicide is a tragedy, we also need to be concerned about the number of people in our community who are dealing with thoughts of suicide and those who have been in such overwhelming pain that they have attempted suicide.

Pain isn't always obvious to others, but most people show some signs if they are thinking about suicide. Steve noticed some of those signs in Andy. The signs may appear in conversations, through their actions or in social media posts. If you observe one or more of these warning signs, especially if the behavior is new, has increased or seems related to a painful event, loss or change, step in or speak up.

Stepping in or Speaking Up

So how do you step in or speak up? Be prepared before you speak. Look up local resources and practice what you'll say. Mention the signs that prompted you to ask about suicide. This makes it clear that you are not asking "out of the blue" and makes it more difficult for the person to deny that something is bothering them. Ask directly about suicide. Talking about suicide does NOT put the idea in someone's head, and usually they are relieved. Asking directly and using the word "suicide" establishes that you and the person at risk are talking about the same thing and lets the person know you are willing to talk about it. Listen to the reasons the person has for both living and dying. Validate that they are considering both options, and underscore that living is an option for them. Let the person know you care. Letting them know that you take their situation seriously, and you are genuinely concerned about them, will go a long way in your efforts to be supportive. Create a safety plan together. Ask the person what will help keep them safe until they meet with a professional.

Like Steve, you can be an agent of change and help stop a suicide. There are many ways you can help:

Diana A. Gutierrez, MS, LMFT, LPCC
Prevention and Early Intervention Manager, Riverside University Health System – Behavioral Health
Diana has experience working with children and their families, providing intensive outpatient services as well as school-based services. Her work focuses on the prevention of mental illness to include stigma reduction and suicide prevention.
2 Comments
Log in and join the conversation 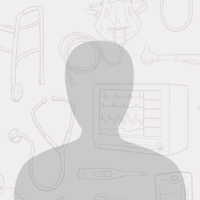 I want to take a suicide prevention training

Are you sure you want to delete this Comment?