Free For All Nurses Expand your skills with “Care of the Acutely Ill Pediatric Patient Respiratory Bundle”
Read the results of our latest national nurse work environments study, and see why Healthy Work Environments matter in this critical time.
Be exam-ready: Prepare for success with practice exams featuring hundreds of questions and on-the-go access.
Newsroom Christine Schulman on the Bravery of Military Nurses

Christine Schulman on the Bravery of Military Nurses 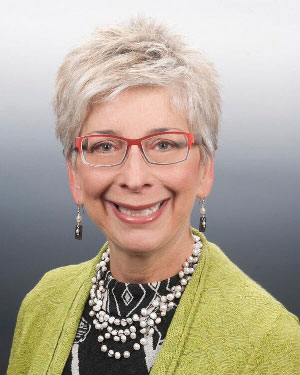 Nov. 11 is Veterans Day, a time when America honors military men and women, both living and dead, who have served our country. As citizens, we are grateful to them for their bravery and their sacrifice. Understandably, my initial thoughts go to conventional soldiers, marines and sailors. But if I think a bit longer, I also remember that those troops include Army, Navy and Air Force nurses, who, in both peace- and wartime, provide care for our troops in health, following injury, throughout rehabilitation and after returning to civilian life. Remember that the role of the modern nurse originated with Florence Nightingale's work in the battlefields of the Crimean War. Subsequently, Clara Barton and Louisa May Alcott (yes, the Louisa May Alcott of "Little Women") were among the many women who nursed Civil War wounded in field hospitals. In World War I, Edith Cavell was a heroic Belgian nurse at the front line who was captured and executed by the enemy for providing aid to Allied soldiers. During World War II, nearly 60,000 nurses enlisted for military service and over half of them volunteered for combat zone duty. 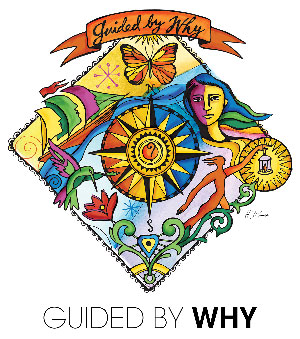 The infamous "Band of Angels of the Bataan and Corregidor" is the true story of Army and Navy nurses stationed in the Philippines, working in hospital wards located deep within the complex of underground tunnels known as the Malinta Tunnel. In the spring of 1942, they were captured and imprisoned by the Japanese. Throughout their internment, they provided care for fellow prisoners of war and enemy soldiers, always maintaining their nursing identity by adhering to regular nursing schedules and wearing their khaki uniforms while on duty. They were finally liberated on Feb. 3, 1945, and their story is commemorated in the book "We Band of Angels" by Elizabeth Norton and in a somewhat romanticized 1943 movie version, "So Proudly We Hail." 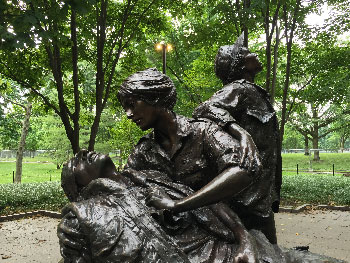 Since then, nurses have continued to bravely serve in military operations in Korea, Vietnam, Iraq and throughout the Middle East. They have provided care despite being bombed and shot at, while wearing gas masks, with side arms holstered on their hips, sometimes barely protected from extremes of weather and certainly at risk for the same diseases and injuries as their patients. When I look at the Vietnam Women's Memorial in Washington, D.C., depicting military nurses, I can only begin to imagine what it must feel like to work under those circumstances. And, I experience a profound sense of pride and respect for their sacrifice and resilience.

I suspect that military nurses are Guided by their WHYs when they choose to enlist. While honoring their WHYs, they advance nursing practice and spotlight the important role of nurses, all while providing compassionate, highly skilled care to ill and injured military personnel. I am thankful that much of their learning and experience has been translated into civilian practice. Their WHYs give them purpose, encourage them during horrific and dangerous times, and connect them to others with common goals, skills and stories. When I'm at NTI, I'm inspired by the men and women in uniform walking the halls alongside me; they are braver than I could ever be, and I am honored to be their professional colleague.

This month, on Veterans Day, at the "11th hour on the 11th day of the 11th month," look around you. Who do you know who has seen - or is currently active in - military service? Ponder what we've learned from them. Ask them about their WHYs. Thank them for their service. And honor their courage, their sacrifice and their passion.

Perhaps you also have a story of bravery and sacrifice you'd like to share? Please send it to me at GuidedByWhy@aacn.org.