Free For All Nurses Expand your skills with “Care of the Acutely Ill Pediatric Patient Respiratory Bundle”
Read the results of our latest national nurse work environments study, and see why Healthy Work Environments matter in this critical time.
Be exam-ready: Prepare for success with practice exams featuring hundreds of questions and on-the-go access.
Nursing Excellence Your Stories Not Ready for That

Not Ready for That 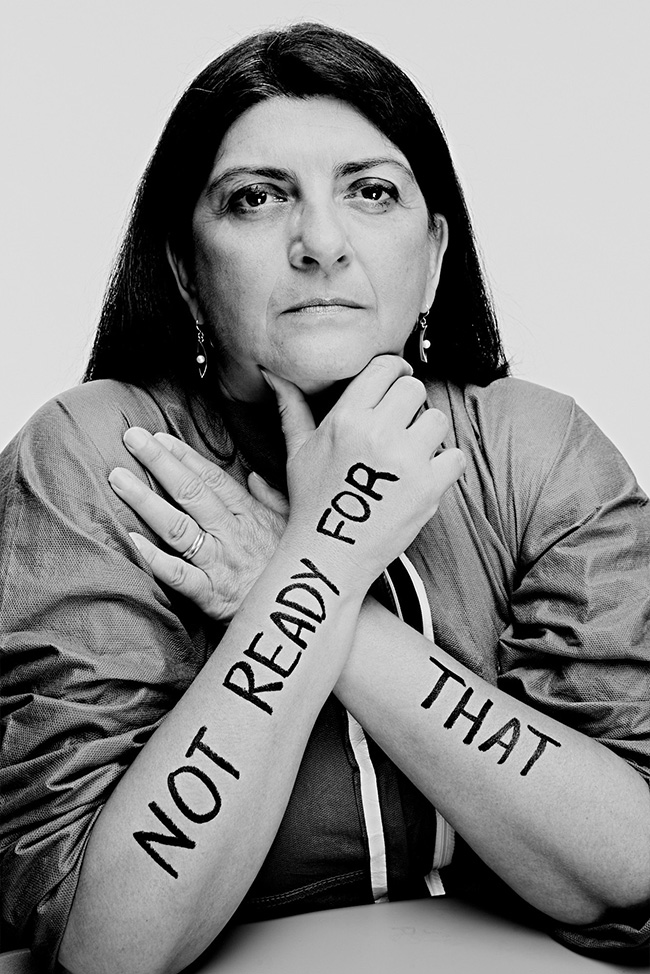 We wish everyone could see how much we are connecting with, and trying to save the people they love.

We often know when our patients are dying. Some are very sick and many of their organ systems are failing. We often recommend comfort-focused care for these patients as we cannot medically fix their medical problems, sometimes we don&rsquo;t know what is wrong with patients and we need more time to figure it out.

On March 24th of this year, there was this 44 year old guy who came into our hospital. He had been fishing just a couple of days before. He got progressively short of breath and weak. His wife brought him into the hospital. He got even worse, and ended up in the intensive care unit on a ventilator the next day.

We couldn't make the ventilator work with him. He was fighting it. And so, we had to paralyze and sedate him. Another thing we do when we're trying to help the lungs is we flip people from their back to their belly. We did that for a couple of days, and noticed his lungs weren't getting any better. His kidneys weren't working either.

We started to try and take off some of the paralytic and sedating medications. But we couldn't take him off all of them because his blood pressure kept getting too high. We turned the paralytic off after two days. We turned the sedation off after about five days. A week later, he still couldn't even pick his finger up off the bed.

Gradually, he started to open his eyes, but he couldn't do anything.

Now, we're almost 7 days after the initial paralysis, and he's still not moving. And so, that's when some of the team said maybe we need to think about taking the machine away, because he's not waking up, he's not progressing. His kidneys aren't working, his lungs aren't working.

So, I sent him for an MRI scan. Normally, we would have checked him for brain injuries much earlier in this process. But, because he wasn't stable enough to move, because he needed so much extra support from the breathing machine and because of infection control risks regarding COVID-19, it was making relatively easy procedures not so easy.

There was absolutely nothing on his brain that showed any brain injury from lack of oxygen. Another test showed there were no seizures.

His wife sent me a message about taking him off the breathing machine. I stared at the screen, took a deep breath, and replied, &ldquo;Okay, well, I'm not ready for that.&rdquo;

The nurses and respiratory therapists weren&rsquo;t ready for that either. They reported that they thought he opened his eyes and that he was trying to move.

We didn&rsquo;t take away the life support. We waited.

He started to move, got stronger with therapy, and left the ICU on April 20th.

We let his family know that he couldn&rsquo;t go home right away. He needed to go to a place where he was going to get more therapy and rehabilitation. That is what he needed to get better. He was only there for a few days before his wife sent me a picture of him at home. He left the Skilled Nursing Facility on May 4th. His wife sent me a picture standing on their front lawn with a &ldquo;Welcome Home&rdquo; sign.

So, you know, it's not that we play God. We don't. We just have to be really thoughtful. We're advocates for all of our patients. We wish everyone could see how much we are connecting with, and trying to save the people they love.

Sometimes we succeed. Sometimes we don&rsquo;t. Sometimes we think they&rsquo;re dying, but we have this feeling that we need to keep pushing because we know they are still &ldquo;there.&rdquo;

We knew this guy was still &ldquo;there.&rdquo; And because of that, now he&rsquo;s still here.

Sincerely,
Not Ready For That
Fiona Winterbottom